Hit enter to search or ESC to close

Malloy, Etzler & Lawhead, is an Indiana law firm, concentrating in the areas of Workers’ Compensation, Personal Injury, and Social Security Disability in Indiana and Illinois.

Our firm is recognized as a leader in Workers’ Compensation and Personal Injury litigation, with attorneys whose experience spans decades.

Our location in Crown Point, Indiana gives us the privileged position of being able to represent clients throughout Indiana, the Chicago metropolitan area and Illinois. 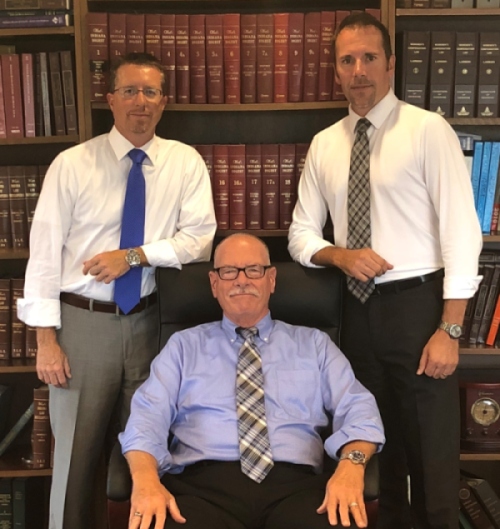 “Mr. Malloy and his Assistant Beth Lopez have been such wonderful attorneys! They have been very courteous; responsive to emails; always informative and knowledgeable. I would highly recommend Mr. Malloy and his staff! Always so nice and friendly!
”

“Mr Malloy has done a wonderful job on my husband's workman's comp case. He is very professional and very caring! I highly recommend him and his staff! Thank's Malloy Etzler & Lawhead!”

“Tim was great working with our WC case!!! Definitely recommend him :)”

“Mr. Lawhead handled an injury claim for me, and I was very happy with both the outcome and his professionalism.”

“I've only dealt with Lawhead in person and he is the sweetest kindest person I've ever met as a lawyer I have talked to lots of them on the phone with his office and they're very kind and helpful if you ever need a lawyer I recommend them.”

Since its inception over a hundred years ago, our firm has focused its practice on Workers’ Compensation and the representation of injured workers in Indiana and Illinois.

Clients come to us for their personal injury cases because they know that we level the playing field and represent them aggressively against big insurance companies and corporations.

SSD cases often begin with a denial. Our firm cuts through the red tape and represents you through the various stages of the application process so you can recover the benefits you deserve.

The family of a construction worker in Chicago has filed a negligence lawsuit against a contractor after the worker fell two stories to his death last fall. The company, Destiny Builders, did not carry workers' compensation insurance on its employees and did not provide safety harnesses and railings at a church construction project, according to the lawsuit by the family…
Read More
July 7, 2020 in Personal Injury

Using a handheld cellphone while driving is now illegal on Indiana roads under a new state law that took effect this week. The move aimed at combating distracted driving went onto the books on July 1 after being approved by the state Legislature this year. Indiana is joining more than 20 other states in prohibiting drivers from holding or using…
Read More
July 6, 2020 in Workers' Compensation

The workers compensation system could see a 20% decrease in new injury claims this year due to the coronavirus pandemic, according to a survey released Monday by Skaneateles, New York-based Health Strategy Associates LLC. In late May, the consultancy asked 35 workers compensation professionals representing large state funds and insurers, third-party administrators, and large self-insured and self-administered employers about their…
Read More